The Magic in Grey 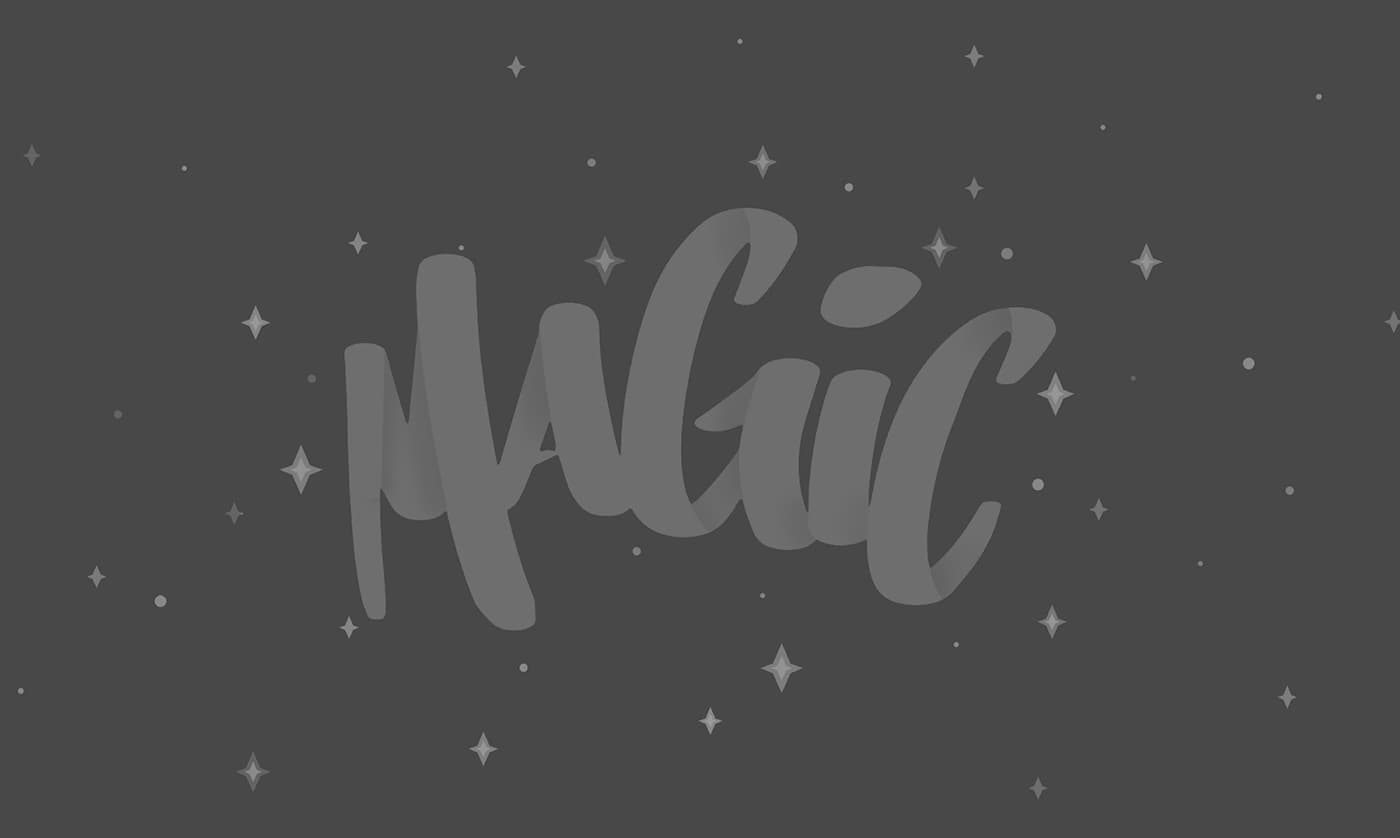 As a designer I used to say it was impossible to have a favourite colour. But recently I can’t help thinking of grey. Grey is different. It’s everything and nothing, everywhere and nowhere. It’s carved out its own special area from where it practices its magic; a type of magic often overlooked or unknown.

If you’re a designer you should know the magic of the Grey Area. I’m talking about the Grey Area that kills a conversation at work and sends everyone into umm-ing an ahh-ing. When you slip into the Grey Area, the way forward is hard to chart and near impossible to track.

When someone says, Hmm that’s a bit of a Grey Area, I rub my hands together in relish. Exciting! It’s the space where potential and possibility lies, swimming all around you, whispering the disconnected secrets of an idea yet to germinate. I’m fascinated by the Grey Areas because it’s where I spend most of my time.

But no one talks about the Grey Area. People like to talk certainty and clarity. They want plans and priorities. Everybody understands a bullet point list and a check box. You can’t organise around the Grey Area. You ask a question to the Grey Area and you’re likely to be met by silence. But Black and White, those things give orders and promise deliverables. Everyone likes that.

Unfortunately, we have to reconcile ourselves to the fact that most of the time we only have part of the picture in view. The absolute clarity of Black and White is always a fleetingly improvised duality. If you see things mostly as Black and White then you’re kidding yourself. Thinking you have clarity when you don’t is the worst kind of confusion, because nothing productive can come from this ignorance.

If a confusing state like the Grey Area is acknowledged, the most common reaction includes a mix of disapproval, disappointment and disdain. Confusion is treated like the dog shit you didn’t see and need to get off your shoe before you get to your destination. Often there’s the overwhelming desire to move past confusion, and the accompanying belief that its presence must surely be ephemeral. However, denial or rejection will likely backfire, dragging out a process that marches on without your consent, and leaving you worse off than before.

There’s another way of seeing confusion — think of it as your mysterious and charismatic collaborator. That friend who’s prone to bouts of silent reflection, who may not turn up on time, who is often not listening to what you’re saying, and frequently goes off on tangents that don’t make sense. But when it comes to cracking open a tough problem, they always have the most novel ideas.

To get to this second perspective, first confront confusion. And then chill. Hey, is it really that bad? Even better, embrace confusion. It’s part of the process, it will give you the space and time to let the magic happen. Finally, you may grow to love the Grey Area and the confusion that resides there. Because the thing with the Grey Area is: the more you give, the more you get back.

I’m not saying you abandon Black and White for the Grey Area permanently. Everyone needs those moments of complete clarity. Luckily, the Grey Area will dissolve on its own accord after you meet several of its conditions. And in its sudden disappearance it will leave you with the pearl of an idea and the vision for the way forward. Until, of course, the Grey Area rolls back in.

The first condition is acceptance, which we’ve already covered. Next, it requires you to be calm and patient. It wants to hang out with no particular plan in mind. But that doesn’t mean you just walk into the Grey Area and do nothing. It can help you, but it needs something on your part. It loves information, facts and figures. The Grey Area also loves to shoot the breeze on any and everything to do with your problem, and any and everything that isn’t to do with your problem. It’s not that the Grey Area doesn’t like to work, just don’t call it that. It prefers to play in order to make the process work.

In Defence of Slow

Another condition of the Grey Area is that you ditch Fast, for just a while, and try out Slow. The Grey Area loves a good paradox and this is one of its all time favourites: sometimes you need to move slowly for something to happen quickly. Plus, lots of great things happen slowly, like fermentation or gestation. You can’t rush these things. There’s a natural process, so go with it.

Creativity and craft almost always work best when we go slow. Think of a photographer, a ceramicist, a painter, a carpenter, or any other kind of creative professional or craftsperson — do you imagine them frantically running from one task to the next as quickly as possible? Probably not. That’s because we don’t need to be an artist to understand that in order to maximise our creative potential and execute a job to a high standard, we need calm and concentration. When we go Fast things blur and we make mistakes, failing to recognise what’s around us and where we should be focusing.

Another exciting Grey Area is the brain. Split into two hemispheres, left and right, we know that the left covers analytical, linear thinking; whereas the Right Hemisphere covers things like pattern recognition and non-linear thinking.

In the Grey Area both hemispheres have their role: the Left Hemisphere gets the ingredients, but it’s the Right Hemisphere who does the cooking.

Design and the Grey Area

I often feel Design has a chip on its shoulder, especially when it’s hanging out with its long-time partner Business. Design is always trying to prove itself to Business, because Business has the big budgets and can put Design on show like no other. Like any unequal relationship, the side who feels lesser can lose their true identity in the pursuit to please the other.

When I think of designers — people I’ve worked with and my own experience — I think of rushing for deadlines and people working Fast. Unlike other creative professionals, designers are often working hand-in-hand with Business, and the influence can be constantly felt. The need for methodologies that make sense to the business world and easily quantifiable metrics are valued over other ways of working more traditionally rooted in the arts.

The magic in the Grey Area is the lack of rules and logic. The fact it is stripped of hard absolutes and replaced by soft edges, blurred images out of focus and nonsensical jibber-jabber, makes it exciting and playful. A place to experiment and fail in a process that cannot be managed or replicated. Here’s a quote I like from Marty Neumeier:

Somewhere in the middle of the last century, trained designers began touting various design processes as a way to change their status from “exotic menials“ to “serious professionals”. A number of processes appeared, but mostly they were one way flow charts that guided projects through a series of phases… This gave comfort to business managers, since the designing could then be managed, tracked, compared, and measured like manufacturing… Those who insist on tidy phases inevitably produce mediocre results, because a too-orderly process rules out random inspiration.
~ Marty Neumeier, The Designful Company

I believe when embracing the Grey Area and discovering its magic we blow the doors off “tidy phases” and welcome in confusion — the necessary precursor to true inspiration and the moment we jump and shout, AhHa!