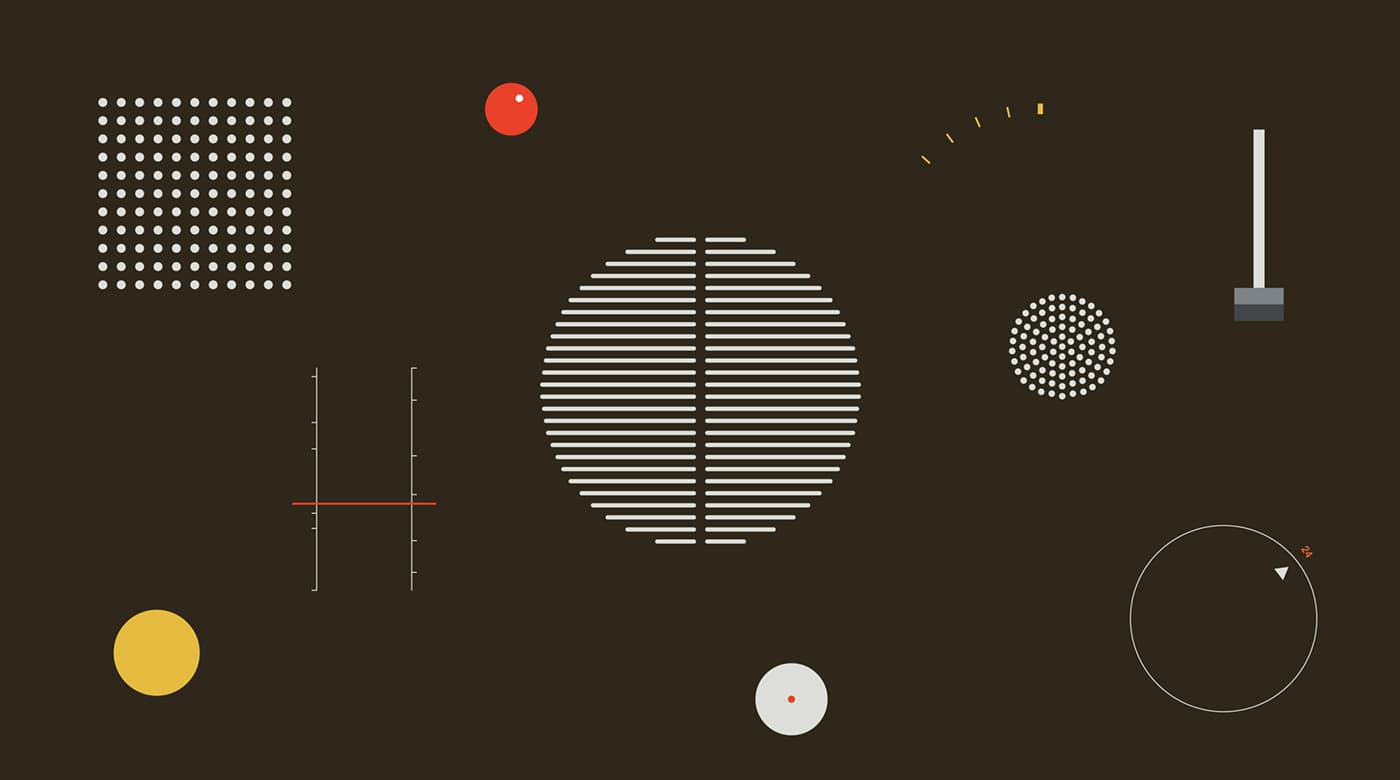 This is part two in a series of three articles that critically examines Dieter Rams’ ten principles for good design. This article covers principles 4–7. For an introduction and the first three principles, check out part one here.

It clarifies the product’s structure. Better still, it can make the product talk. At best, it is self-explanatory.

Whether we think of physical or digital products, it’s clear we only ever have a short period of time where we can accept not grasping what this thing is all about. After that time, frustration sets in. If we don’t understand a product, we feel stupid. Or we feel the product is stupid. Not being 100% sure which is more stupid is likely to agitate us even more. And in short order we’ll ditch the product.

Our attention is a premium commodity we’re reluctant to dole out without good reason. Understanding that, designers are constantly seeking to improve their visual language so the product ‘talks’, as Rams puts it.

While this principle appears solid, it’s limited by an assumption that a product can be reduced to a state that is easily understood. It presumes we approach all products expecting that we can, and that we should be able to, understand it quickly and easily. Indeed, the ideal for Rams is that a product is ‘self-explanatory’. But, as Don Norman states:

Let’s take two household names in photography: Instagram and Photoshop. Instagram is designed so that anybody should just “get it”, that they should be able to download the app and in minutes understand how to take and post photos to their feed. Its target audience is incredibly broad — practically anyone with a smartphone is a potential instagram user. For Instagram, Rams’ principle would feel very valid.

If we take Photoshop, who could say this is self-explanatory? Its objective is to accommodate an almost countless number of functions. It’s a creative tool, open ended, with features designed to be used in many combinations by professionals with a deep knowledge of photography. I have been using Photoshop for over a decade and I believe I know less than 10% of its capabilities and functions. It certainly was not easily understandable or self-explanatory, but I would not use that as a measure to say it’s badly designed.

Returning to Don Norman, if I include the following sentence the expanded quote would read:

Complex things will require complexity. It is the job of the designer to manage that complexity with skill and grace.

I believe if we take Norman’s insight and Rams’ principle, combining them so they read, “Good design manages complexity, making a product as easily understandable as possible”, then it would be a lot more nuanced and instructive.

Products fulfilling a purpose are like tools. They are neither decorative objects nor works of art. Their design should therefore be both neutral and restrained, to leave room for the user’s self-expression.

This principle is problematic partly because it appears to directly contradict principle three — good design is aesthetic. As we defined earlier, in part one of this series, aesthetics is concerned with beauty, so it’s difficult to reconcile the objective of producing something neutral and restrained while at the same time aesthetic. When is something beautiful ever neutral?

This principle also makes me aware of the vague use of the term ‘product’. If we in any way generalise this principle it falls apart. In fashion design, clothes are the products, the tools to keep us warm or protect us. There is a market for neutral and restrained clothing, but there is a much bigger market in decorative clothes. Likewise, many people like to buy cars that could be described as neutral and unobtrusive, but if we consider the classic designs that have endured as examples of quality design, they are invariably anything but what Rams suggests here would make for unobtrusive design.

Often good design is employed with the very purpose of being obtrusive, sticking out, deliberately jarring the audience with the intention of breaking through the noise of modern life and grabbing our attention. Graphic design and advertising in particular are disciplines that clearly engage design to be deliberately opinionated and unrestrained. I’m reminded of some of advertising campaigns that were so effective in creating awareness around AIDS and HIV.

When we dig deeper into the meaning of this principle at a certain point we’re bound to ask, What is neutral in the first place? If we look at dictionary definitions we will see neutral within the context of a colour that is neither warm nor cold, and something or someone that does not pick sides. Are all our products to be designed in various shades of grey? Are we aspiring to produce the forgettably meek and minimal?

We soon realise ideas such as neutrality within a more complicated context are inherently subjective, as much as any ideas of aesthetics that were discussed in principle three. Rams clearly has an idea of neutrality and restraint that is based in his culture, generation and his particular notion of minimalism. But is it even possible to design something that is neutral, that is devoid of opinions and biases?

Ironically, I believe Rams’ work at the time he was producing his most iconic designs were considered remarkable through their deliberate minimalism. It was a fresh and new approach, which stood out thanks to the minimal appearance of products. At the time Rams’ approach was described by his colleague Rudolf Schonwandt as “order rather than confusion, quiet rather than loud, unobtrusive rather than exciting, sparse rather than profuse, and well-balanced rather than exalted.” In fact, it was their very unobtrusive nature that made them exciting.

If we’re to narrow this principle to Rams’ field of domestic product design, I find the idea that products should be restrained and neutral to be an incredibly limiting and drab approach to product design. It attempts to enforce minimalism as the de facto design choice for all products. But even if something is minimal it does not mean it won’t be striking, distinctive or obtrusive. It depends on its context, the background and reference points of the people perceiving it.

It does not make a product more innovative, powerful or valuable than it really is. It does not attempt to manipulate the consumer with promises that cannot be kept.

It’s hard to argue with this. So I won’t.

If you work as a designer for a company who abuses their users’ right to privacy, who pollutes the environment, or has no regard for the mental well being of the people their product affects, then while you may think you’re doing lots of good design for your portfolio, don’t kid yourself into thinking you’re doing good design. Truly good design must be measured through the lens of ethical ideals and not how popular or addictive it proves to be.

It avoids being fashionable and therefore never appears antiquated. Unlike fashionable design, it lasts many years — even in today’s throwaway society.

This principle is a specific reaction to a problem that designers and society in general were just beginning to become aware of — the trend to mass produce products cheaply with a short lifespan — during Rams’ days at Braun. And like most reactions to a problem, it takes one extreme and tries to remedy it with another. In many, maybe most, cases a product should be built to be long lasting. But sometimes we actually want a product to have a short life-cycle. If it doesn’t then we’ve unnecessarily used durable materials or additional resources making something that is potentially harder to recycle or slower to degrade. Newspapers, for example, should not be designed to last for years unless stored with extreme care. After all their content has ‘expired’ after one day.

The idea of something being long-lasting is also context dependent, and it is not always going to equate to many years. In product design, building a piece of software that will last for years is an almost impossible task. An ever changing technological landscape and shifting user behaviours, makes it essential for most digital products to be forever reinventing themselves.

Let’s also breakdown this definition of long-lasting as something that “avoids being fashionable and therefore never appears antiquated”. Firstly, I find it a bit naive to assume you can always produce products that will never appear antiquated. Technological advancements mean certain products seem to forever get smaller, lighter, faster, stronger, and so on. As a product designer you will always be confined by the resources available to you at that time. Websites built 10 plus years ago would feel and look very antiquated compared to the web experiences we’ve become accustomed to today. HTML, CSS and Javascript look very different today, with vastly improved and expanded possibilities for web designers and developers, than they did back in the 2000s.

Finally, I want to tackle the idea that good design cannot be fashionable or trend-based. Designs in many industries that today are considered classic were initially pinnacles of fashion. Through the quality of their design and the passage of time they endure, and are eventually held up as timeless examples that are always admired despite trends having changed.

Fashion design, is quite literally the design of fashion. Good design here creates a fashion. If the design and execution is particularly exceptional it will continue and be a long lasting product. I also think of architecture as a design practice that often taps deeply into the aesthetic ideals of the day. When we walk past a striking example of art deco architecture it is so very much “of it’s time”, but nonetheless endures as a stunning design.

Rams suggests that by avoiding being fashionable you can secure a long-lasting design; he suggests one is subjective and in flux while the other is objective and unchanging. But our tastes in certain design styles are often cyclical, and it is no different when we consider what constitutes our notion of what is a “timeless” design.

–
For principles 8–10 and a conclusion, read part three of the series here.